A change in season.

Exams are nearly over for the semester, and once they're finished I'll find myself in the curious position of being free of them for some time. I'm taking a sabbatical, if that is something an undergraduate is entitled to call her break from the routine of exams and assignments and lectures and pracs. Next semester, I'm only taking one unit in my degree: the final half year of 3rd Year Advanced Biology. That's primarily going to entail an internship (starting on Monday) in the Conservation Genetics Lab with Dr Adam Stow and Ph.D student (and wildlife photographer!) Paul Duckett. I'm assisting with genetic analyses of a species of tree skink. It's a great opportunity to learn more about a field that fascinates me and essential techniques of the trade. My goal is one day to use this knowledge and somehow apply it to plants and their symbionts. Not entirely sure how, yet....

I've also just been appointed to an exciting new job as a part-time research assistant with Dr Chris Lusk, starting late July. Chris is researching juvenile rainforest plants, and later this year we're off to some fabulous locations to do field work, including western Tasmania. That part of the world boasts some of the most ancient and pristine rainforests on the planet. I touched the edge of them a few years ago, on a family holiday to Tassie. It's almost impossible to express just how beautiful Tasmanian wilderness is. So I'll content myself with some photos of that trip. 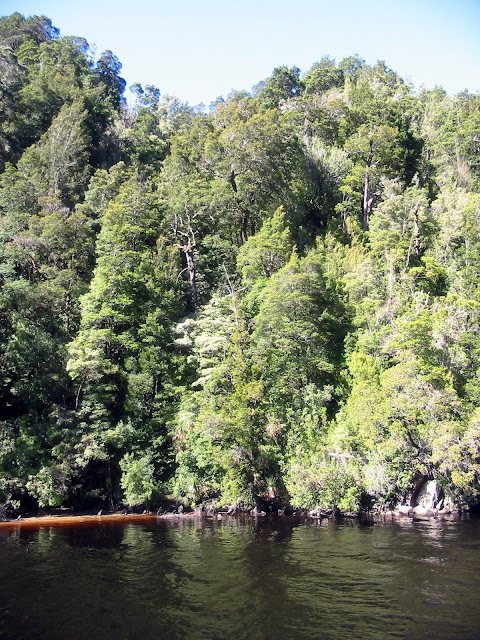 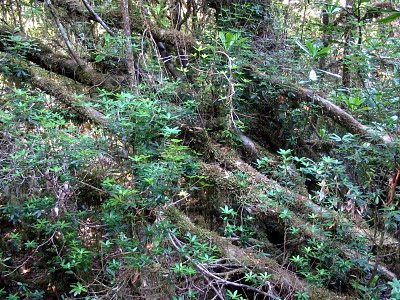 Huon Pine rainforest.
To return to this place with a botanist's eye is a thrilling prospect.
But almost as alluring as all this is the chance of spending more time in the garden. The Forest of Sabine is growing apace, and I'm starting to think about filling in the gaps between the trees and shrubs--and things for planting in any other spots I can find. I've been amassing seeds and once the weather warms up I'll be germinating them in the shade-house.
The seeds so far: Finally, I'm going to spend more time blogging about plants and science. Those nice folk at 3 Quarks Daily have inspired me!