Adventures in a subtropical rainforest: Part 1

Yesterday I flew home from a six day field trip to Bulburin National Park, in Queensland. It's just a touch south of the Tropic of Capricorn.


I was there as part of my role as research assistant to Chris Lusk, of Macquarie University's Department of Biology. Chris runs the Forest Ecology lab. He's researching the relationship between shade tolerance, light and growth in a range of rainforest tree species across tropical, sub-tropical and temperate rainforests in Australia and New Zealand. Later this year, we'll be visiting a temperate rainforest in South-West Tasmania.

Among the measurements we made at Bulburin was the light reaching individual saplings through the canopy. This is done by hemispherical photography, which uses a fish-eye lens and records the light obstruction by surrounding trees and shrubs. Here's an example that Chris took on a previous field trip: 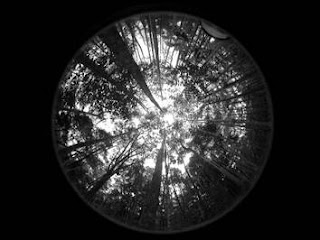 When I get back to the lab, one of my jobs will be to work out the precise amount of light that reaches each of the hundreds of specimens we tagged and measured.

Over the next few posts, I'll be putting up some photos of the rainforest and surrounds. The camera very much enjoyed its workout in the bush!

Thanks for giving us a run-through on what to expect during a subtropical rainforest adventure. I could just imagine the thrill you've been experiencing. Cheers and good luck to your endeavors!